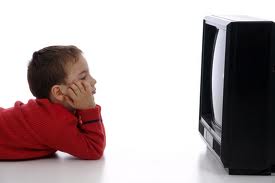 Growing up I was always a little more mature than most kids.  As a preteen I was watching shows that had a lot of adult situations.  My parents tried to monitor what I watched, or at least my Mom did.  My Dad never really cared what I watched.  For instance he took me to see Bad Boys 2 in theatres.  At the time I was about 12 or 13.  The only reason I was at all uncomfortable was because I was watching it with my Dad.  On the other hand my Mom wouldn't let me watch 8 Mile and to this day is upset that my Dad let me watch it.

As a younger child I didn't really watch anything to bad.  Mostly I was outside or cleaning (big neat freak).  In fact I don't remember watching TV much as a young adult at all.  So it didn't affect much of my viewing habits now.  I guess I have always been drawn to mysteries and adult points of view/situations.
Posted by KK_Intelect at 8:43 PM No comments:

Many people see TV ratings that are often presented in TV programs and always before movies.  I know that not many people pay them any regard unless it's an rated R program, and they have particularly young children in the house.  I know from personal experience that not many parents pay any real attention to this.  My parents never seemed too.  I remember being 12 years old and watching American Pie.  I remember when an R rated movie would come out I wouldn't worry too much because I knew I could con my parents into renting it or buying it.
The biggest problem I have heard from people about the TV ratings is that a lot of PG-13 movies can be worse than R movies.  The parents that DO trust the ratings have been upset that their children can go to a movie theatre in a trusted manner and coming out seeing more violent/sexual images than some R movies.  This didn't surprise me because even some of my friends commented on this issue, and I agreed with them.  Not that any of us were complaining, we just thought that it was particularly funny.
Posted by KK_Intelect at 3:40 PM 1 comment: 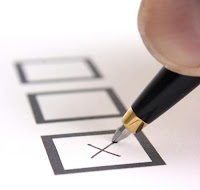 In 2008, election really had a lot of people's attention.  My friends and family, I could even hear conversations regaurding the election at the grocery store as I was passing by.  Many people were swayed one way or the other, and being such a young person I swayed into who I would have voted for.  As a child from a lower-middle class family, I was desperate for change to help this economy that had me deciding between supper and a chance to hang with my friends in the next town over.  So as being that Bush was a Republican, I announced myself a Democrat....Of course I was going to vote for Obama, if I could have anyways.  Now I think to myelf, what was I thinking?
Posted by KK_Intelect at 9:35 PM No comments: 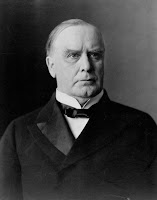 President Roosevelt was by far one of the most praised presidents.  He was good looking (for the style of that time) and look smart and presidential.  But I want to pose to you this question.  Would he have been elected if television was in use at that time?  I know a lot of people always think of Abraham Lincoln in this type of question, but he wasn't in a wheelchair. Teddy Roosevelt (right) was paralyzed from the waste down and a lot of scholars do not believe he would have been elected if television was part of an election.  Image is so important in our society that even a pure genius like Steven Hawking can put people off.  All Americans talk about how beauty is really on the inside but most people look skin deep....so really ask yourself this question...would you have voted for Teddy?  He was elected into office by default because president William McKinley(left) was assassinated.  Thank goodness for that, he helped us get through World War II phenomenally.  So what do you think? Is image that important to you?
Posted by KK_Intelect at 5:34 PM No comments: 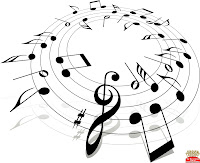 If I were a musician, what would I think about people downloading my music online?  In all honesty I would not care too much.  As long as people are not downloading it for free then I'm completely content.  I see things like Itunes as a way for people to experienc my music.  Sharing C.D.'s?  Go ahead!  That is how I used to experience new artists.  If it weren't for my friends making me C.D.'s I would not listen to near the music that I do now.  I would be overjoyed that people were buying my music and sharing it with each other, people would then want my product.  A win-win situation!
Posted by KK_Intelect at 8:22 PM No comments: 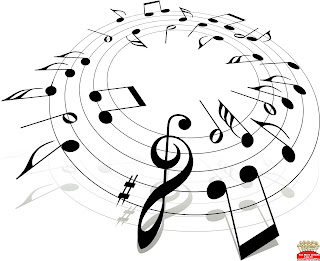 When I was a teenager I went through many phases in my musical journey. Some were influenced by other people as I was still finding myself as a person. The different phases (in chronological order of course): Country, Rap (Eminem more specifically), Hard Rock and Screamo, Dance (Hip-Hop, the kind you dance to at clubs), and lastly there was the Lil John phase. Hip-Hop was a constant favorite though I might add. Now I am a mixture of all these styles. I listen to almost everything.
The first couple phases were mostly influenced by other people. I had grown up to country. From the time I can remember I was listening to that Honky-Tonk and heartbreak. Rap was influenced by my trip to Texas to see my father. The song "Without Me-Eminem" was literaly played every hour I was there. I listened to him to this day and enjoy his music very much.
Later I was influenced by my previous friend Brittany to listen to Hard Rock and Screamo music. It was the unique thing to do and so we headed the charge for hard core. Also I was influenced by my also previous friend Angela to listen to Lil John, which in part was a good thing because I still listen to him today. I was hooked as soon as I heard a song and there I went on my Lil John phase.
The one thing I didn't have to be influenced by anyone was dance music. I love to move and Hip-Hop was a saving grace. I could truly be myself and move to the beat...making all the boys stare, it let me be free of myself and show off. I have listened to hip-hop throughout my music journey and it is very diferent from what my parents considered dance music. The beat wasn't as defined. Pretty sure that these dance moves are a little dirtier than Dirty Dancing.
Overall I think that music is important in one's life, no matter how much you may disagree with that taste, it's important to that person. My mom understood that and hated Eminem, yet every cd I have ever owned by him, she bought me. I will reflect that on my kids, as long as the music is not as annoying as Hannah Montana.
Posted by KK_Intelect at 11:06 PM No comments: